Channel companies such as VARs, consultants, and MSPs are in acquisition mode. But how should they go about integrating the firms they have purchased?

Patrick Wiley has the management of the post-merger-and-acquisition environment down to a science.

That’s due in no small part to the fact that Wiley, president and COO of Aldridge, a managed services, consulting, and outsourcing firm, has made 11 tech acquisitions in the past few years; two so far this year alone. As a result, Aldridge has developed a pretty systematic process that includes a project integration plan with more than 400 steps based on lessons learned.

“We start using it about 30 days before close. About every department in my organization is involved, and we start rolling through it,” said Wiley. “To say it’s complex is an understatement.”

Those steps include studying what the acquired company’s employee benefits package looks like and the new employees’ expectations for their work schedule.

“We line up all the pieces pre-close, and that allows us to react with quickness at post-close,” he said.

Aldridge’s approach may be unusual, but its merger and acquisition (M&A) participation certainly isn’t. There have been several M & M&A transactions in the channel in recent years, and industry insiders say that trend is expected to continue, so it behooves companies to think about people and culture and business and technology challenges after the dust has settled.

According to observers and those who have gone through it, one of the most significant issues with tech acquisitions is integrating personnel, including executive leadership.

“Generally, the chief executive stays on for the transition but gets phased out later,” noted Carolyn April, senior director of industry analysis at CompTIA. “But you’ve got the blending of staff and a lot of considerations there from the culture on down as to how you best integrate them.”

“You almost have to bend over backward to keep your employees,” noted Bill Fistori, CEO of W3G Advisors, a small business consultancy, who has both acquired a company and been part of an M&A.

“Most people don’t like change, and if you change everything all at once, it can be very frustrating. So you have to consider that and figure out how to make it as transparent as possible” for the newly acquired employees, Fistori said in addition, because channel companies are in the services business, “employees that deal with the clients are essential. If you lose key people, you’re going to lose key clients,” he noted.

Wiley agreed, noting that generally, they try to bring on all employees in an M&A because they believe their client base and employee base are equally important. But he added that “both have to be willing to transition or we won’t do business. In a service business like ours, it won’t work unless both of those are willing to come along for the ride.”

Factoring in different corporate cultures, as Aldridge has found, is another significant consideration.

Companies wouldn’t merge if executives didn’t see synergies in the first place, April added. “So you’d hope they would take a good look at what each company brings to the table.”

Wiley said that Aldridge’s general philosophy is to change as little as possible in the first 90 days. “We do client satisfaction surveys pre-close, so they look like they’re coming from the selling company … so we know what we’re getting into” and how likely those clients would be to recommend the selling company to others in need of IT services, he said. “We want to know exactly what we’re dealing with.” Any low-scoring items get addressed quickly, he added.

One of the survey issues he said he’s surprised by after purchasing a “troubled asset situation” is how often that company doesn’t get back to a client when that client is trying to spend money with it, Wiley observed.

Newly-acquired employees are treated like any new employee at Aldridge. They generally take 100 percent of the technical operations staff, Wiley said. “We don’t necessarily do the same with general administration [staff]” because Aldridge has centralized accounting and human resources, and those functions are at capacity. “We’re always looking for good technical folks. We do a placement interview process, which looks like a skills assessment, and interviews with the leadership of the technical teams, and that’s where we determine where they fit in our organization.”

Sometimes people are eliminated, but typically that occurs when they are “skills deficient more than anything else.”

He added that those differences aren’t necessarily good or bad. The executives who stayed immediately after their companies were acquired by Aldridge “never quite jelled, except the one remaining.”

Because their culture is very focused on high growth, “it takes the right person, the person who likes to inflict pain on themselves and be part of that growth cycle, and that’s usually where the trouble comes in,” Wiley added. “It’s a lot of hard work.”

Just as soon as one company is melded into Aldridge, he said, they buy another organization, and “there is so much change in a company growing as fast as we are it’s hard … for a person to sign up forever. Then you have personality differences that factor in.”

Operations within an acquired company tend to start changing in the first 90 days after the deal closes, Wiley said. Because different companies use different tools, that is probably the most involved process, and they handle it on a client-by-client basis.

“So if we had 50 clients in a transaction, they continue to operate with the same folks and systems [they were using], but on the other hand, we’re onboarding them as if they are brand new to us.” Aldridge makes sure clients are informed within 72 hours of the close that they have been acquired, usually through the client’s account manager. “We try to do phone calls and in-person meetings and email. So they will get a series of communications from us, and we’re upfront shortly after the transaction to let them know it’s happening and what to expect.”

He finds the biggest IT integration challenge when Aldridge buys smaller companies, and the seller has very little standardization. This situation can lead to a lengthy technology replacement cycle in the aftermath of tech acquisitions.

“It’s whatever technician designed it in whatever way and type. Out of 50 clients, I may have 30 different types of technology, whereas with Aldridge, we don’t have strict standards, but general types and models and brands we use across all of our client bases.” In the former scenario, it typically takes Aldridge a couple of years with each integration to get things replaced at client sites — or learn new technology, in some cases.

The ideal situation, according to Fistori, is for the acquiring company to take a “pragmatic approach to phase in all the aspects of integration to a new company.”

The biggest thorn in Wiley’s side is the backup and disaster and recovery of a client’s data and discovering backups weren’t running correctly – or being done at all — when a client needs data restored, he said. “We are hyper-focused … that we have a good way to recover data. I can tell you from a history of doing these transactions that’s one of the weakest parts of service delivery.”

For any post-M&A to be successful, there has to be good buy-in from personnel and reassuring them in a time of apprehension, said April and Fistori.

Echoing Fistori, April said, “The most successful M&As are transparent to customers and employees, which makes for most smooth sailing. Because most MSPs [Managed Service Providers] are small, they have close ties to their customers and have become trusted partners … It’s essential to get down to that level and make sure [the acquired company is] communicative with employees and customers.”

She added that not all employees and customers would stay on, but it’s bound to pay off in the long run if the process is handled well. 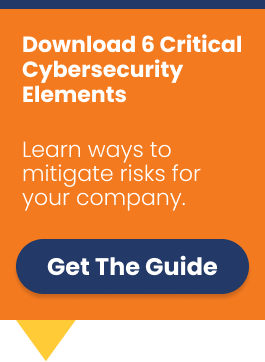